Ford expects to start deliveries of its first major EV in the US next month. 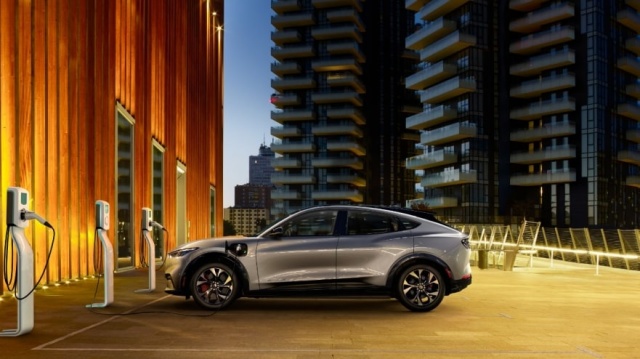 The Environmental Protection Agency has released its certified range numbers for the 2021 Mustang Mach-E, and they're pretty much what Ford had expected. Depending on the configuration, the automaker's first major electric vehicle can run for up to 300 miles on a single charge, per the EPA. You'll need to kit out the EV with rear-wheel drive and the extended battery to hit that target.

The EPA's testing matched Ford's estimates for other variants too. The all-wheel drive with extended battery option has an estimated range of 270 miles, while the standard range model with rear-wheel drive can run for up to 230 miles before you need to recharge it.

As for the standard, all-wheel drive model, that should be good for 211 miles on a single charge, according to the EPA. That's one mile more than Ford predicted. The EPA has yet to complete testing on the California Route 1 trim, which Ford also says has a range of 300 miles. The company expects the agency to release its estimated range for that variant by the end of the year.

While those EPA-estimated ranges are a far cry from those of the Lucid Air (517 miles) and the Tesla Model S Long Range Plus (402 miles), Ford has to be pleased that its predictions were almost dead on. The automaker, which dropped the price of the EV in September, expects to start delivering the Mustang Mach-E in the US in December.